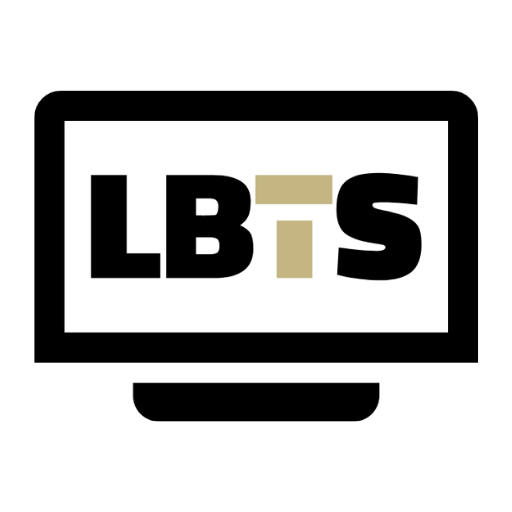 1. In these general terms and conditions, the following terms are used in the following sense, unless explicitly stated otherwise.
2. Let’s Build That Site is a sole proprietorship that aims to develop websites and online marketing.
3. Company: the natural or legal person acting in the exercise of a profession or business.
4. In these general terms and conditions, the term ‘Website’ refers to the website www.letsbuildthatsite.com.
5. The Client: the company that enters into an agreement (at a distance) with Let’s Build That Site.
6. Services: the services offered by Let’s Build That Site which include the design and creation of websites and webshops, as well as website maintenance, online marketing, content development, content optimisation and website coaching.
7. Subscription: the agreement for maintenance or website coaching which The Client has ordered.
8. Order: the execution of the order agreement by Let’s Build That Site with respect to the services requested by The Client.

04. Conclusion of the agreement

05. Duration of the agreement

1. If during the execution of the agreement it appears that the agreement needs to be adjusted and/or supplemented, or if at the request of The Client further work is necessary to achieve the desired result of The Client, then The Client is obliged to pay for this additional work in accordance with the agreed rate. Any work related to the maintenance of the website will be carried out free of charge until one month after the invoice date. After this period has elapsed, the agreed hourly rate will be charged. Let’s Build That Site is not obliged to comply with this request and may require The Client to enter into a separate agreement for this purpose.
2. If a fixed price has been agreed upon for providing a service, then Let’s Build That Site will inform the Client about the additional costs and/or financial implications of the additional work.

1. All prices are exclusive of the turnover tax (VAT) and other taxes. If Let’s Build That carries out (part of) the order at The Client’s location, additional costs (travel and accommodation expenses) will be charged. The Client is not entitled to claim any rights or expectations from a previously issued quotation unless the parties have explicitly agreed otherwise.
2. All prices are excluding travel and accommodation expenses.
3. If Let’s Build That Site is required to carry out work on location at the request of The Client, then is The Client is obliged to make the facilities required for execution available free of charge.
4. Both parties will agree that The Client is required to make an advance payment. If an advance payment has been agreed, The Client must pay the remaining amount before the service is delivered.
5. In the event of a periodic payment obligation on the part of The Client, Let’s Build That Site is entitled to adjust the applicable prices and rates (only) in writing in accordance with the terms of the agreement, subject to a period of at least one month.
6. The Client is obliged to pay the agreed amount within 14 days after the invoice date to the specified bank account number of Let’s Build That Site. Barring special circumstances, The Client can only agree on a later term in which the amount due is to be paid after the explicit and written consent of Let’s Build That Site.
7. For subscriptions relating to website coaching, the monthly amount to be paid will be charged once every month.
8. For subscriptions relating to website maintenance, the monthly amount to be paid will be charged once every month.
9. If and to the extent that a fixed price has been agreed for the execution of specific services, and the execution of those services results in additional work that cannot reasonably be deemed to be included in the fixed price, Let’s Build That Site shall be entitled, after consultation with the Client, to charge those additional costs to the Client.
10. Let’s Build That Site is entitled to adjust the rates and conditions of the offered services and products about which Client will be informed in a timely manner. If there is a change in prices within three months after the agreement is concluded, then this is due to the annual indexation, or if Let’s Build That Site can demonstrate that the cost price exceeds the selling price.
11. If the Client fails to fulfil his (payment) obligations, or fails to do so on time or in full, Let’s Build That Site is entitled to suspend its obligations under the agreement until the moment that the Client has (demonstrably) fulfilled its (payment) obligations.

1. If The Client does not meet his/her payment obligation and has not fulfilled his/her obligation within the aforementioned payment term of 14 days, then the Client will be in default.
2. From the moment that The Client is in default, Let’s BuildThat Site shall, without further notice being required, claim statutory (commercial) interest from the first day of default until full payment, extrajudicial costs in accordance with Article 6:96 of the Dutch Civil Code in conjunction with Article 241 of the Decree of 1 July 2012 on compensation for extrajudicial collection costs.
3. If Let’s Build That Site has incurred more or higher costs that are deemed necessary, these costs are eligible for reimbursement. Judicial and execution costs incurred are also at the expense of The Client.

1. The Client is obliged to provide all the necessary information on time and in the desired form for the purpose of developing the website.
2. Each party shall specify in writing all characteristics, functionalities, features and other aspects of the website to be developed. The website will only be made based on these written agreements. If the agreements made are too concise to meet The Client’s wishes, then both parties must consult with each other and adjust the agreements accordingly.
3. The Client will receive a non-exclusive, non-transferable and non-sublicensable right to use the website from the moment that The Client has fulfilled its (payment) obligations in full, except in the event that both parties have explicitly agreed otherwise in writing. The source files are explicitly excluded from Client’s use. Unless both parties have explicitly agreed otherwise in writing, source files will not be supplied to the Client.
4. The website developed by Let’s Build That Site has been delivered if the Client has signed or explicitly agreed to the web site with a maximum term of 1 month after the invoice date. For this purpose, the Client can check the written agreements. After the unused expiry of this period, the Client is deemed to have agreed to the delivered web site. Both parties can agree on a test period in which Principal establishes any errors and/or defects. These must be reported in writing to Let’s Build That Site. The repair of these will be at the expense of Let’s Build That Site, unless there are user errors or other errors that cannot be attributed to Let’s Build That Site.
5. After the test period and/or delivery, if changes have to be made to the website, whether or not at the request of The Client, which have not previously been agreed in writing, the changes must be made on based on a new order.
6. The Client may, within the agreed arrangements, for the daily use of the website, make changes to, for example, the tree structures and underlying pages.
7. If the Client wishes to make a variant or a derivative of the design of Let’s Build That Site website or to have this done, then Let’s Build That Site must give prior and explicit written consent to the Client. Without permission, any modification will be considered an infringement of Let’s Build That Site Intellectual Property Rights.
8. If the Client has agreed to Let’s Build That Site’s request, then the final deadline to respond to this request is 10 calendar days. If The Client has not responded within this deadline, then The Client will be deemed to have given tacit agreement. If after this period changes still have to be made, additional costs may be charged.
9. Let’s build That Site is authorised to use already delivered web site for promotional purposes. Promotion is in any case understood to mean: the placing of a footer that refers to www.letsbuildthatsite.com as well as the right to include the delivered web site in Let’s Build That Site’s own portfolio.

1. Let’s Build That Site is not responsible in the event of a force majeure situation preventing, it from fulfilling its obligations under the agreement.
2. Force majeure on the side of Let’s Build That Site is understood in any case, but is not limited to: (i) force majeure on the part of suppliers of Let’s Build That Site, (ii) failure of suppliers to properly perform their obligations, (iii) defects in items, equipment, software or materials of third parties, (iv) government measures, (v) power failure, (vi) failure of the Internet, data network and telecommunication facilities (e.g. cybercrime, hacking and DDoS attacks), (vii) natural disasters, (viii) war and terrorist attacks, (ix) general transportation problems and (x) other situations which, in the opinion of Let’s Build That Site, fall outside its sphere of influence which temporarily or permanently prevent the fulfilment of its obligations.
3. If a situation of force majeure lasts longer than 2 months, the agreement may be terminated in writing by either party. If any performance has already been made based on the agreement, in such a case payment will be made on a pro-rata basis, without any liability on the part of either party towards each other.
4. If Let’s Build That Site has already partially fulfilled its obligations when the force majeure occurs, or can only partially fulfil its obligations, it is entitled to invoice the already delivered, or deliverable part separately and Client is obliged to pay this invoice. However, this does not apply if the part already delivered or deliverable has no independent value.

24. Protection and accuracy of information

Please note that you can use your content almost anywhere that you normally publish and sell content, including editing it and adding your name or brand. You cannot give anyone the Private Label Rights (PLR), Resell Rights, or Master Resell Rights. Meaning, you can NOT give other people the ability to edit or alter the content.

Have any project in mind?

This website uses cookies to improve your experience while you navigate through the website. Out of these cookies, the cookies that are categorized as necessary are stored on your browser as they are essential for the working of basic functionalities of the website. We also use third-party cookies that help us analyze and understand how you use this website. These cookies will be stored in your browser only with your consent. You also have the option to opt-out of these cookies. But opting out of some of these cookies may have an effect on your browsing experience.
Necessary Always Enabled
Necessary cookies are absolutely essential for the website to function properly. This category only includes cookies that ensures basic functionalities and security features of the website. These cookies do not store any personal information.
Non-necessary
Any cookies that may not be particularly necessary for the website to function and is used specifically to collect user personal data via analytics, ads, other embedded contents are termed as non-necessary cookies. It is mandatory to procure user consent prior to running these cookies on your website.
SAVE & ACCEPT
Need any help? We are here to help